Many people wonder which video poker game would be to their liking. It’s difficult to reach your decision when casinos advertise a number of them. But we’ll mention one game that has been popular among players for quite some time.

A myriad of video poker players would answer this question differently. Some would mention bonuses and their happiness when they get some free money to spend on their favorite casino game. On the other hand, there are those who enjoy progressive jackpots and will only go for them. However, some people play video poker just for fun of it and aren’t interested in bonuses or progressives. They simply like to try their luck out and put their knowledge to work.

Thus, the best video poker game for most is the one that satisfies those areas which are crucial to them. We’ll delve into this below.

While playing video poker, some casinos let you see the expected return even before you wager real money. This makes the game pretty straightforward and prepares you for what is to come. Many slot machines don’t include this, thus, all the more reason why some people opt to spend their time on video poker instead.

More often than not, the paytable is located on the screen, and the layout is pretty much the same in all games. It starts with the highest winning hand — which is the royal flush — and ends with the lowest. Apart from this, it also tells you how much you’ll get for each combination.

Bearing the above-mentioned in mind, it’s paramount for you to spend some time researching what these games have to offer. In order to understand this better, you also need to get familiar with their return to player values. This percentage will tell you the amount of gambled money a particular casino game will return in the long run.

For example, some casinos get a 4% profit from one game. Thus, this means that they have a house edge of 4%. In this case, the players will get back 96% of the total wagered cash over a large number of games

Needless to say, it’s more useful to you as a player to select the game with a better return to player percentage. Also, the highest paying games are called full-pay, while the lowest paying are known as short-pay. And there are full-pay versions of some of your favorite games, including Deuces Wild and Jacks or Better.

Therefore, it’s not difficult to see why this step in looking for your go-to video poker machine is crucial. Once you land the winning hand, you’ll enjoy better rewards.

Don’t Disregard What the Casino Offers

In order to attract players, many casinos also offer promotions. They know that players will see them as a means of getting free money that’ll prolong their gambling experience.

Thus, you shouldn’t disregard them. If you like playing in online casinos, then you can check which offers they provide for, say, Double Bonus Poker. Additionally, you can read the Terms and Conditions and see just how you’ll benefit from them. But you won’t only profit from these offers. Namely, some reputable casinos also have loyalty clubs and invite their visitors to become members. Thus, they offer players’ a membership card on which they can gain points. In the end, many use them to play for free, and at times, get cash.

Apart from this, if you’re a member, you can get invitations to special promotions and free tournaments. This might increase your winnings and make the actual gameplay more riveting.

All in all, you should research all that a casino has to offer before you start playing. Every bit might help you secure a win and enjoy your time. 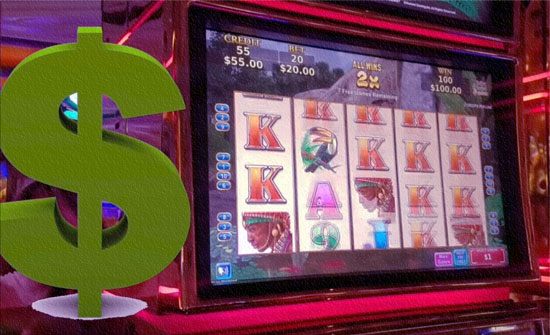 In most cases, you’ll stumble upon fixed pay tables. If you do, then know that the payout for the winning combinations won’t change over time.

Alternately, there are progressive video poker games. Here, the progressive jackpot amount increases with each round played. Also, there are times when you’ll hit the jackpot if you get a royal flush. But some games are more lenient and require you to have straight flushes or four of a kind for a chance at a jackpot. Whatever the case may be, casinos believe that the game will be more exciting and attract a vast number of players if it is progressive.

Furthermore, if we’re talking about royal flush, the usual payout is around 800-to-1. But if you get this on a progressive machine, then the payout can be higher. However, don’t think that it’s easy to get this hand. Multiple websites have been able to calculate the odds and let’s just say that they definitely are not in your favor.

Moreover, with progressive jackpots, you’re most often required to wager the maximum amount of credits. Without this, you won’t be eligible for the grand prize.

As you’ll see once you start playing, some games are quite popular in the gambling community. Namely, most casino enthusiasts like to play certain famous variants, such as Jacks or Better. Of course, we’re not saying that you should find this to be the best one. It all depends on personal taste, but as we enjoy this game, we’ll provide you with the basic rules, as well as some examples.

We have all heard about it, and most of us have tried it out, either for free or while wagering real money. The strongest hand here is a royal flush, while you can also get as little as two jacks and win some coins. But before we move on, it’s essential to explain the winning hands:

Furthermore, all these hands will be visible on the screen. Thus, after checking the paytable, you need to place a bet. Only after this do players get their cards. Then, you inspect them and see which ones you want to hold and which you can’t make use of. Those discarded ones will be replaced with a new set. And if you’re lucky, you’ll be able to form a final winning hand. Also, the actual payment depends on the strength of your winning hand. As the paytable is visible in front of you, you’ll be able to see just how much to expect. Playing Jacks or Better can be riveting, especially once you get the hang of the game. Apart from this, the return to player for this game is most commonly 99.54% which is good news for its dedicated fan base. Now, we’ll mention some possible card combinations and what your line of play might be below.

This one is pretty easy, even if you are just beginning to learn the ropes. You can see that you have three cards of the same rank. Thus, you’ll decide to hold them and throw away the other two cards. You can then press the “Draw” button and keep your fingers crossed for another 4 so that you can form a four of a kind.

This is an outside straight. This means that your hand consists of 4 numbers in the sequence that are missing either the first or the fifth card, in this case, either a 2 or a 7. Therefore, you’ll throw away the 9 of hearts and keep the other cards. And maybe the one you draw will be the right one.

To sum up, video poker can be a source of entertainment for most players. So once you find the right variant, you can start placing your bets. Most importantly, everyone should locate a reliable casino that will try its best to offer you great bonuses that will enhance your gameplay experience.