Video poker is a blend of a slot machine and a poker game which offers the most favorable conditions for players among all sorts of casino entertainment. Believe it or not, some of the versions feature a negative house edge, which means that a casino loses in the long run. The trick is that there are still many inexperienced gamblers who are eager to try their hand at video poker and fail to do it right. To make the most out of playing this game, you’ll need to find a suitable strategy and stick to it. Let’s go through some video poker tips that can make your playing process more profitable and exciting.

The Essence of the Game

Video poker machines first appeared in 1970 but gained popularity over a decade after. Nowadays many variations are accessible online via any device, which makes it easier than ever to master video poker. The objective of the game is to collect a strong hand. Thus, you need to know poker combinations and their value, and, more importantly, you have to learn the payouts table of a chosen game.

The process goes like this: after getting five cards, you decide which ones to keep and which ones to replace. After the draw, you receive payouts depending on the hand you have. It’s crucial to find the game with the best return ratio. Besides that, don’t forget to have fun and don’t take it too seriously: even playing video poker machines with a return level over 100%, you won’t get rich fast. Video poker is about enjoying the process and loving the card game that provided the basis for it.

The game is powered by the random number generator, responsible for shuffling the card deck. Check the reputation of a chosen casino or a gambling website to make sure the RNG is regularly tested.

You need to understand all the elements involved in a game not to make lousy mistakes. The first thing to notice is a paytable, which shows how much you earn for each combination. Here are some other components the game is composed of: 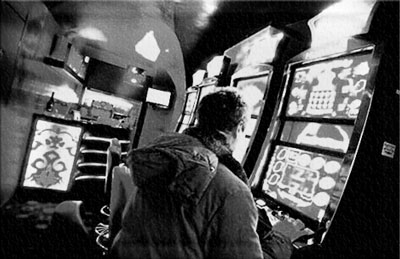 There are many types of the game to choose from, with different rules and return rate. You can try as many as possible, but don’t play a lot of versions for real money. Better stick to just one or two types. As every particular game requires a specific video poker strategy, it’s only logical to master one or two instead of spreading yourself too thin.

There are dozens of variations, but people mostly know about three or four at max. Here are the most common types:

An interesting fact: some video poker games include a progressive jackpot. It works similarly to progressive slots: apart from a fixed reward for hitting the highest combinations, a player can get a jackpot that has been accumulated from lots of previous rounds. Progressive jackpots can be paid out for collecting a royal flush, a straight flush, or even a certain four of a kind – check the rules beforehand. Take into consideration that progressive video poker usually reduces other payouts. It makes sense to play this type of the game only with a decent bankroll.

There also variations of video poker that run more than one line with cards and require collecting more than one hand (Triple Play Poker is the most known among games of this type). No matter how many hands you’re playing, the strategy should be the same.

There’s a thing called a strategy list which is commonly used. It is basically a cheat sheet with poker hands ranked from best to worst. Apart from knowing the values of hands, you need to understand the probabilities (how often a certain combination appears) and your average loss (to calculate it, multiply the house edge by your bet size by the number of sessions per hour).

Let’s briefly work through the poker hands you’ll be forming while playing. Here are them ranged by the value, starting from the highest one:

Don’t expect high hands to appear every so often. The odds of getting a royal flush are close to 1 in 40,000, while a four of a kind appears statistically once each hour. Don’t expect to notice some patterns as well: the probability is the same no matter how long ago a particular hand appeared. Some video poker players believe that tracking the flow of the game, they can use the frequencies to their benefit, but it doesn’t work like this. 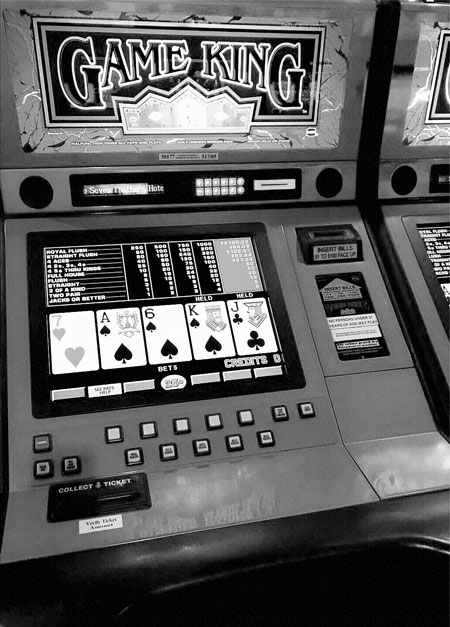 Unlike slots, video poker gives you more freedom of choice: at the stage where you have to decide what to do with five cards dealt to you, you possess total control over the process. Your decision should be based on the knowledge of poker hands, and sometimes it’s quite difficult to see which combination would be better (if cards you have at your disposal can form several promising combinations).

Don’t ever hold and replace cards based on how you feel about it. Intuition is not a great tool for games that require shaping a math-driven strategy. You can just have fun and don’t get preoccupied with all the details, but don’t expect to make money with such an approach.

Another useful tip is about betting max credits – this way, you’ll make the most out of each session. Always maintain a limit, though, and don’t exceed it chasing your losses.

How to Win at Video Poker: Different Approaches

There are several video poker strategies. The most obvious one centers around hitting a royal flush. It could work sometimes, especially in tournaments, but in the long run, it would generally bring a smaller return to player rate because of sacrificed smaller winning hands.

Another approach is about saving as many hands as it is possible. Any time you have a combination, even not a very high one, you keep it. This also isn’t the best option if you’re wondering how to play video poker with the best returns: the amount won per hand would be far from the possible maximum.

It’s believed that the optimal strategy implies winning as much as possible from each initial hand. Prepare a strategy chart with all combinations listed in the descending order: depending on the type of the game, there could be up to 70 lines. To use the charts properly, you need to have a clear understanding of the rules. It’s important, for instance, to differentiate an open (outside) straight from an inside one (see the difference in the poker hands list above). Open straights are always ranked higher, as they can be filled in more ways.

After mastering poker hands, explore the paytable of a chosen machine, paying attention not only to the combinations’ value but also to payouts’ dependence on the bet amount. For example, a royal flush with a one-coin bet brings 250 credits, while the same hand with a five-coin bet brings 4,000.

An expert Bob Dancer who wrote a book on video poker claims that the speed of playing should not bother you. Again, it’s all about accuracy and practice.

To summarize briefly, strategy charts work in the following way: you look at the five cards you’re dealt and compare it with every line from the chart, starting from the highest one, until you have a match. These lists might look complicated but are, in fact, very straightforward to use.

Another tip that can help you make the most out of video poker is joining the players’ club and accepting reasonable bonus offers from casinos. Comp points earned for gambling activity are a regular instrument of casinos, which not only motivates you to wager more but also can guarantee cashback, free rounds in games, or other perks.